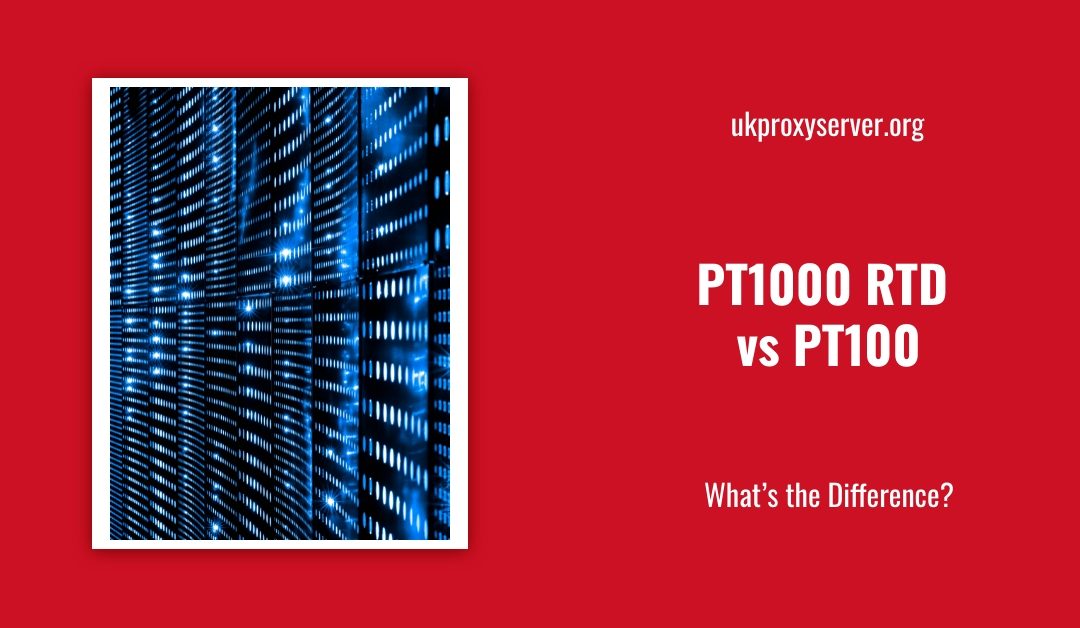 PRT (Platinum Resistance Thermometer) is a widely adopted RTD for its efficacy and precision in temperature sensing. No matter whether you need to measure temperature for scientific, industrial, or environmental purposes, nothing can outshine the RTDs.

Two of the most popular RTDs in modern process industries are Pt100 and Pt1000 RTD. They provide repeatable results and are more accurate than thermocouples, thermistors, or silicon-based sensors.

But which one can match your industry specifications better: Pt100 or Pt1000?

In this post, we will cover how Pt1000 and Pt100 differ from each other and assess their strengths and weaknesses. So if you are trying to decide which RTD is best for you, read on!

What is an RTD

The most used materials are:

Among the RTDs, Pt-made RTDs are most popular because:

Pt100 is another Pt-composed RTD sensor. With Pt100, we understand:

RTD sensors operate based on a natural quality of a conductor: its resistance changes almost linearly with the change in temperature over a specific range (the temperature range may vary with the conducting material used in the RTD).

In an RTD, the sensor component is calibrated with temperature. So, you can get the measuring temperature effortlessly by finding out the resistance at that temperature when the current flow is constant.

It is the least accurate configuration as the output does not compensate for the lead wiring resistance between the instrument and the sensor. If short lead wires can go well and accuracy is not a concern in a specific case, 2-wire circuitry is sufficient.

It is connecting an additional wire with a 2-wire circuitry to compensate for the lead wiring resistance error. It is the most applied PRT circuitry configuration that provides a more precise output than a 2-wire system. In a 3-wire circuitry, all three conductors should be of the same material and length.

It is excellent for processes where absolute accuracy is crucial. Two conductors are for carrying the current through the circuit. And the other two eliminate the lead errors by measuring the resistance of each conductor and neutralising the differences if they find any.

Based on the quality of Pt of the detectors, both Pt100 and Pt1000 RTD exhibit identical characteristics in:

You can use them alternatively if your system is compatible with these PRTs. So, how do they differ from each other?

Let’s get into the differences between these RTDs: